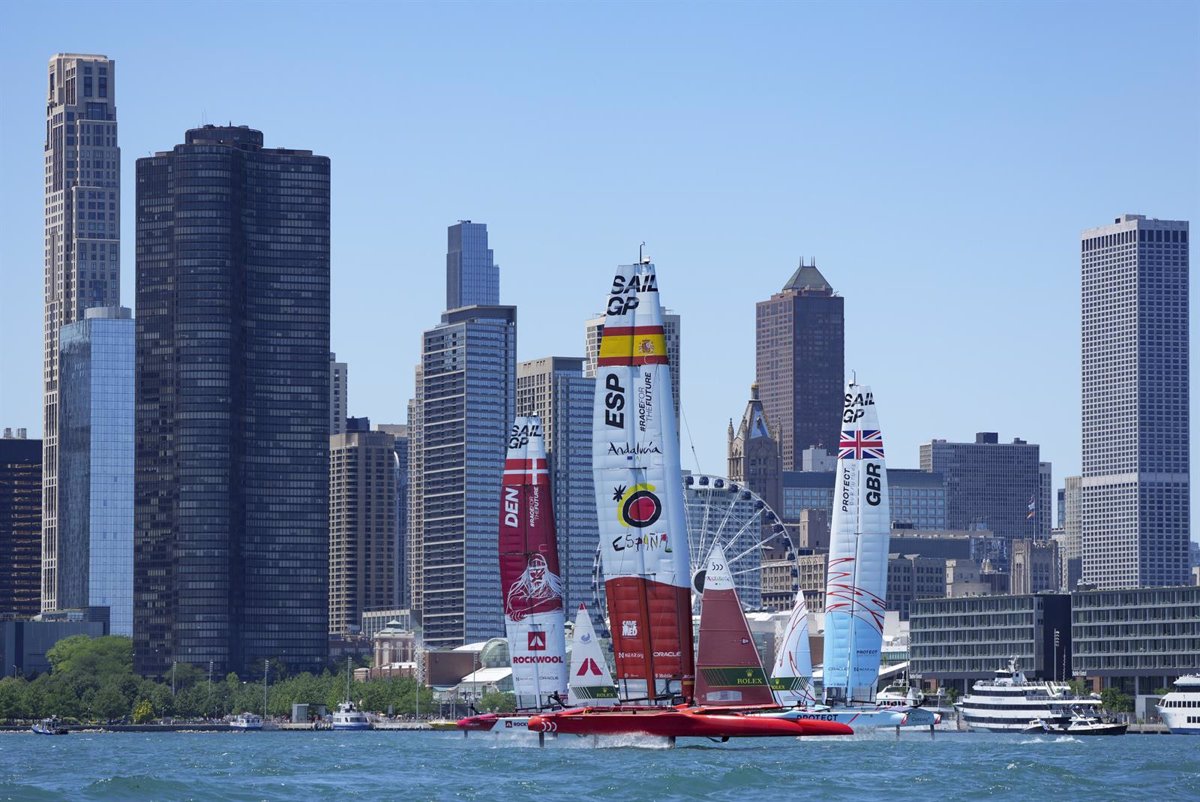 The Spanish SailGP team, skippered by Jordi Xammar, finished sixth on the opening day of the T-Mobile United States Sail Grand Prix-Chicago at Navy Pier, the first freshwater race in SailGP history and in which Canada dominated.

At a racetrack attached to the city of Chicago, which limited wind, and a lower salt water density, which increased the speed of the fastest catamarans at sea by 5%, the ‘roosters’ were sixth after finishing fifth , sixth and fifth position, respectively, the three races of the first day.

“We have taken steps in the right direction,” Xammar said. “We still have a lot to learn, but we did important things that we wanted to improve compared to the last Grand Prix. Now we have tomorrow; we have to attack and we will go there,” added the Catalan.

Despite the good starts, the Spanish team’s problems came in navigation due to a few unforced errors. One of the biggest challenges for Spain came in race three, when a flight control complication caused it to crash into the water, resulting in a loss of control, speed and positions. Despite this, Spain reacted positively and repositioned the F50 Victoria correctly, thus averting a major catastrophe.

Meanwhile, the Canadians and Brits were the standout teams, with a great fight in the final two races. The Aussies were unable to repeat the top spot they took in Bermuda and fell to fourth place. For its part, the American team failed to assert its position at home in Chicago and found itself at the bottom.

In the first race, the ‘F50 Victoria’ made a good start and managed to position itself in the first places, trying to get closer to the ‘kiwis’, which dominated Lake Michigan. The “roosters” decided to distance themselves on the other side of the regatta field to avoid the dirty wind of their rivals and lost three positions, being overtaken by the Swiss, Canadians and Danes and finishing fifth.

In the second race, they finished second from the start behind the Canadians of Phil Robertson, who led until the finish. However, a fight with Denmark, penalized by a penalty, then with Australia set back the Spanish team, who finished sixth.

Finally, in the third race, the men of Xammar experienced a repeat of the previous one, with a very good start after Canada. The loss of positions due to a complication in the flight controls was a determining factor for the “roosters”, who soon after had to play a new duel with Denmark, which led them to move away from the first positions and to finish in fifth position.