Another piece of paper: Honduras falls to Curaçao and returns to its harsh reality 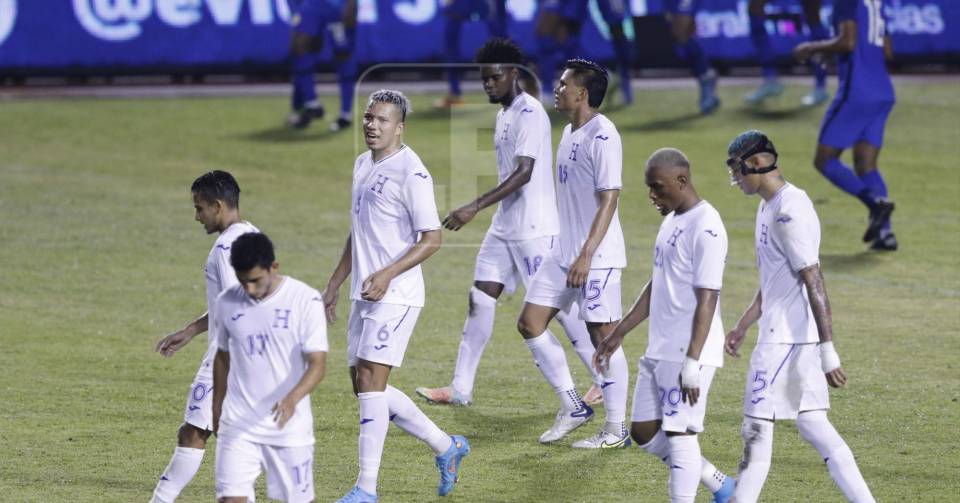 The honduran national team He came back to his harsh reality. The Bicolores lost at home 1-2 against Curaçao on the second date of Group C of the Concacaf Nations League.

The fatigue after the terrible management of Fenafuth, who had no plan B to get the Bicolor out of Curaçao, paid dearly. It was a caricature and he fell 2-1 on the brink and walked away from the Gold Cup. The Caribbean gave him a bath to think about.

Argentinian Diego Vázquez suffered his first defeat as technical director of Bicolor and it was at the Olympic stadium in San Pedro Sula.

A high bill has been paid. The team had no idea when creating; and later Jerry Bengtson was one less. Their input was zero and the changes didn’t really help anything.

The clearest action of the first half was a left-footed shot from Romell Quioto which, after clearing a mark, finished wide, but it didn’t scare the Caribbean away.

The first low blow for Curaçao came from a set piece. They took a short corner, they played the game like a laboratory in the box and when it came from behind Leandro Bacuna, a Cardiff City player from Wales, finished hard at Fonseca’s right post and opened the box.

The heavy terrain and the long journey took their toll on our team. The imprecise passes of Edwin Rodríguez more, the vain attempts of José Mario Pinto, made a dent in the national team which seemed flat.

Diego Vázquez tried to kick them back up, but it was almost impossible, as the Caribbean’s legs were cooler during the game.

This defeat puts us in a critical situation. We have nothing to compete with and change must come from above.

Drop closure. Our people continued to pay dearly for this administrative error which left them stuck in Curaçao.

Diego was forced to move the bench making all five changes and was seen with a different mind. Quioto tied the game after receiving a cross in the box, but he finished bruised and forgiving, followed by a penalty foul on Edwin Soloni.

Goalkeeper Room took him to the start, but Costa Rican referee Juan Gabriel Calderón thought about it, but he didn’t whistle.

But Curacao carried on without missing a beat until Antony Van den Hurt, late in the game, pinned us down the second and snuffed out any aspiration.

Romell Quioto deduced, but it was a very bitter pill to swallow.

Now, the Honduran team will host Canada on June 13, forced to win to maintain their hopes of qualifying for the Gold Cup, pending the return match against the Canadians in 2023.