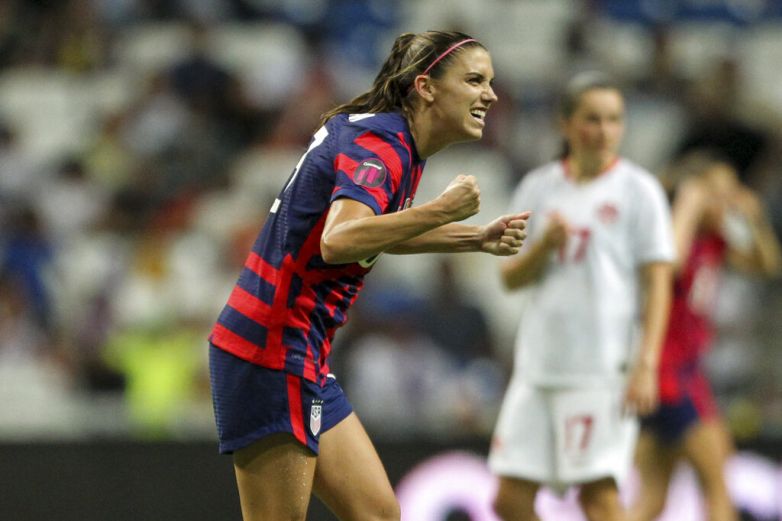 Monterrey.- Alex Morgan converted from a penalty in the 78th minute and the United States team beat Canada 1-0 in the Concacaf W Championship final, which secured one of the places of the region for the 2024 Games.

As FIFA President Gianni Infantino watched from a box, USA managed to break a scoreless tie when Rose Lavelle was fouled in the box and Morgan evaded Canadian goalkeeper Kailen Sheridan at the penalty spot. It was Morgan’s 118th career goal.

Meanwhile, Jamaica beat Costa Rica 1-0 in extra time in a previous meeting on Monday to claim third place in the tournament.

The four semi-finalist teams had already secured their place for the 2023 World Cup, which will take place next summer in Australia and New Zealand. Runner-up Canada will face Jamaica in a tie for the region’s other Olympic berth in September 2023.

The United States are 33-0 in World Cup or Olympics qualifiers, since losing 2-1 to Mexico ahead of the 2011 World Cup.

In the previous game, Kalyssa van Zanten scored in the 102nd minute to put Jamaica ahead. Van Zanten, who plays for Notre Dame, came on in the 99th minute and scored on a well-placed pass from Drew Spence.

Costa Rica had perhaps their biggest chance in the first half, when Melisa Herrera faced Jamaican keeper Rebecca Spencer unopposed but sent the shot too far to the left.

Costa Rica lost 3-0 to the United States in the semi-finals, while Jamaica lost to Canada 3-0.

The United States have played in every World Cup since the tournament began in 1991. The Americans have four titles, including the last two in 2015 and 2019.