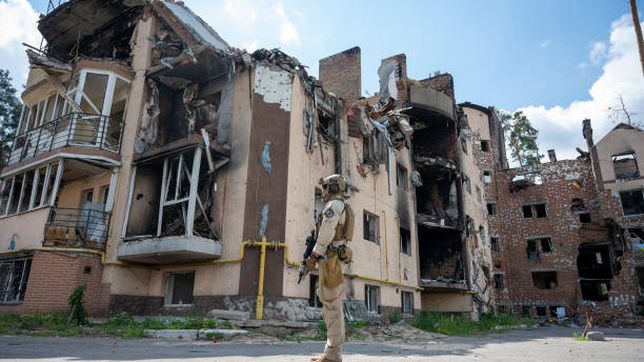 Borrell does not see, “for the moment”, the end of the war in Ukraine

The High Representative of the Union for Foreign Affairs and Security Policy, Josep Borrelldoes not see, “for the moment”, the end of the war in Ukraine five months after the start of the Russian invasion.

This is how Borrell responded to be disputed this Monday in Santander by the media on the possibility that peace will soon return to Ukraine and also on the the hypothesis that the Russian President, Vladimir Putin, could manage to sit before the International Criminal Court, competent body for crimes of aggression, genocide, war crimes and crimes against humanity.

“You go very fast” Borrell responded to the journalist who asked him these questions at the Palacio de la Magdalena, where the EU’s High Representative for Foreign Affairs and Security Policy is taking part in a course at the Menéndez Pelayo International University this afternoon ( UIMP) on relations between Latin America and the European Union.

Faced with these questions, Borrell confined himself to wishing that “I hope” that the war will end soon, but he added that, “at the moment, unfortunately, this prospect is not seen” and, therefore, defended that “we must continue to help Ukraine every day”.