This is not a political meeting 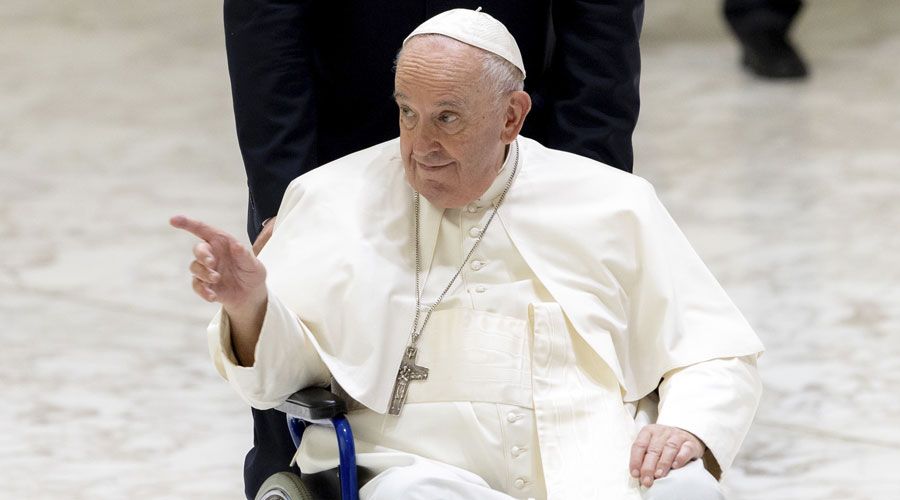 Pope Francis reiterated that the Synod “is not a political meeting”, during the meeting he had with a group of Jesuits in Canada, as part of the trip he made from July 24-30 in the North American country.

“I think it is essential to remember, as I often do, that the The synod is not a political meeting or a committee of parliamentary decisionssaid the Holy Father, according to the Jesuit journal The Catholic Civiltà.

The Synod of Bishops, whose theme will be “For a synodal Church: communion, participation and mission”, will be held in October 2023 at the Vatican. This time, the Synod has three stages: diocesan, continental and universal.

At the end of its discussions, in October 2023 and from Instrumentum laboris or working document, the participating bishops will present a final document to Pope Francis, who will decide whether or not to publish an apostolic exhortation which could include the proposals received.

In his dialogue with the Jesuits on July 29 at the Archdiocese of Quebec (Canada), the Holy Father answered a question about his “synodal” vision of the Church.

“It bothers me that the adjective “synodal” is used as if it were a last minute recipe from the Church. When we say “Synodal Church”, the expression is redundant: the Church is synodal or it is not the Church. This is why we have come to a synod on synodality, to reaffirm it,” Pope Francis said.

The Holy Father then recounted his experience during his participation in the Synod of Bishops in 2001, in which he collaborated in the general secretariat.

“The synod secretary came to me, read the material and told me to remove this or that. There were things he didn’t consider appropriate and he censored them. In short, there was a pre-selection of material. We did not understand what a synod was“, he counted.

Pope Francis later said he decided to convene the Synod on Synodality after his inquiry at the end of the Amazon Synod in 2019, in which the bishops said the two main issues were the priesthood and synodality.

“I realized that it was necessary to reflect on the theology of synodality in order to take a decisive step,” he underlined.

Regarding the Synod, the Holy Father specified that “it is the expression of the Church, whose protagonist is the Holy Spirit. If there is no Holy Spirit, there is no Synod. There can be democracy, parliament, debate, but there is no ‘synod’”.

Noting that “the best book of theology on the Synod” is the Acts of the Apostles, the Pope said that “there it is clearly seen that the protagonist is the Holy Spirit. This is experienced in the Synod: the action of the Spirit. The dynamic of discernment is happening.”

“You experience, for example, that sometimes you go fast with an idea, you fight, and then something happens that brings things together, that harmonises them in a creative way. This is why I like to point out that the Synod is not a vote, dialectical confrontation of a majority and a minority. The risk is also that of losing the overall vision, the meaning of things,” he continued.

This, Pope Francis said, “is what happens when the themes of the synod are reduced to a particular question. The synod on the family, for example. It is said that it was organized to give communion to remarried divorcees”.

“But in the Post-Synodal Exhortation on this theme, there is only one note, because all the rest are reflections on the theme of the family, such as the family catechumenate. There is therefore a lot of richness: we cannot lock ourselves into the funnel of a single subject. I repeat: if the Church is such, then it is synodal. It’s been like this from the start“, underlined the Holy Father.