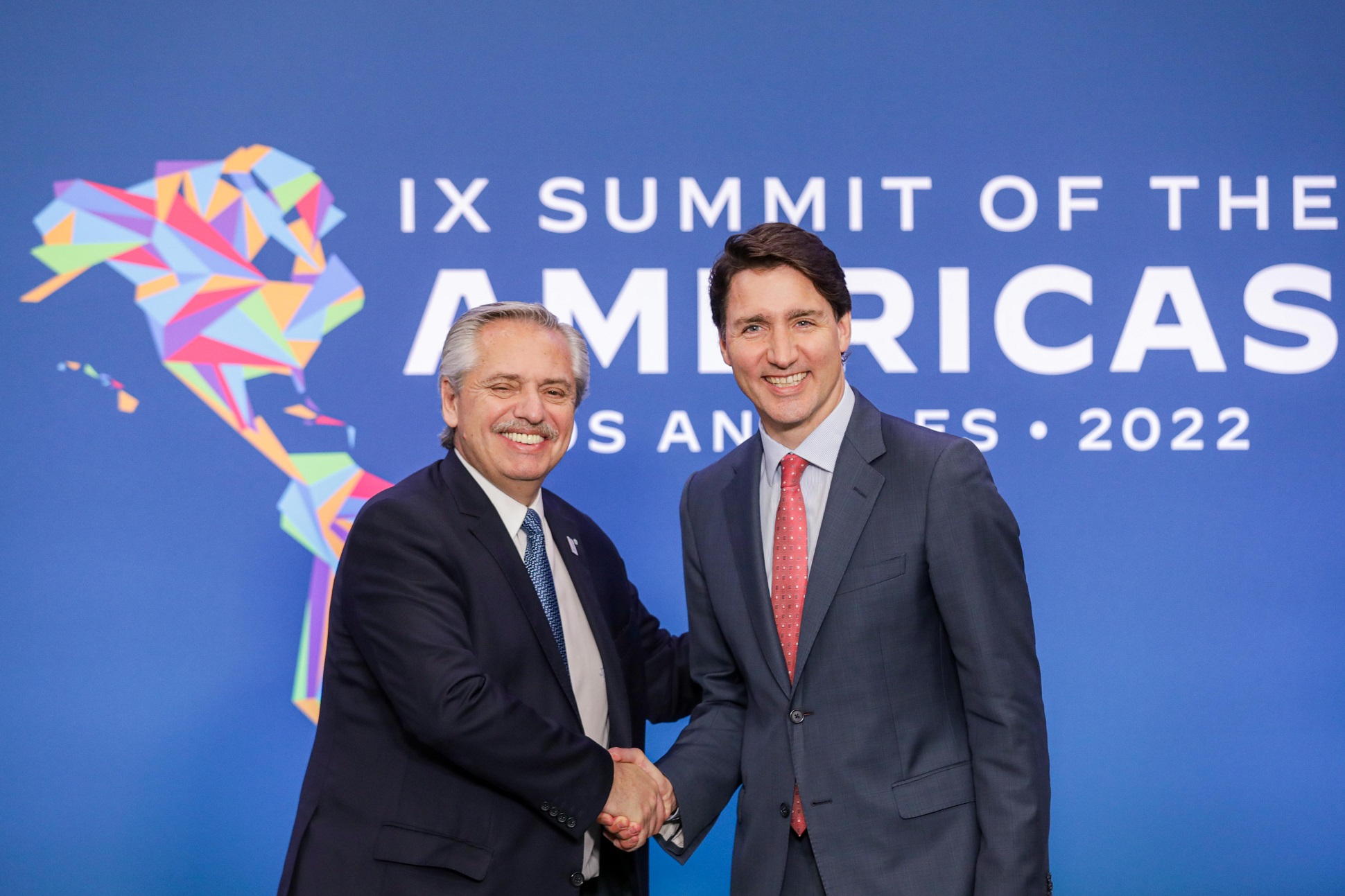 President Alberto Fernández today held a bilateral meeting with the Prime Minister of Canada, Justin Trudeau, with whom he discussed the potential of the economic and commercial link between the two countries and the promotion of a common agenda in the sectors energy and agrifood.

Prior to the meeting, the two heads of state made a joint statement to the press. “For me it is a great honor to see him again, I know that we have very similar ideas about what our societies demand,” said Alberto Fernández, adding: “We are concerned about women’s rights, change climate change, problems of equality… We have before us, on the basis of this community of ideas, a lot to do”.

For his part, Trudeau celebrated “having the opportunity to deepen the friendship that unites us on the Americas, to be able to collaborate and also to talk about how to improve investments in our hemisphere so that our citizens can continue to grow”.

The leaders analyzed the possibility of generating joint investments for the production of fertilizers, the development of which would result in favor of food security. They reviewed, in this context, the work carried out by the company Profertil, whose main shareholders are YPF and the Canadian company Nutrien.

Regarding the energy transition, Fernández and Trudeau exchanged experiences regarding the potential for cooperation in the production of hydrogen that both countries have, as they have the natural resources to become world leaders in this form of energy. ‘clean energy.

They also underscored Canada’s role as the tenth largest investor in Argentina, and first in the mining sector, and stressed the importance of jointly promoting sustainable mining technologies.

In this regard, the Argentine President highlighted the participation of our country with its own pavilion in the PDAC 2022 Fair, the main event for the mining sector in the northern hemisphere, which will be held in Toronto from June 13 to 15.

The meeting was attended by the President of the Chamber of Deputies, Sergio Massa; the Minister of Foreign Affairs, International Trade and Worship, Santiago Cafiero; the Secretaries General of the Presidency, Julio Vitobello, and of Strategic Affairs, Gustavo Béliz; the legal and technical secretary, Vilma Ibarra; and the head of the Cabinet of Presidential Advisors, Juan Manuel Olmos.