The first trip abroad (Canada) under NAFTA, some memories (I) 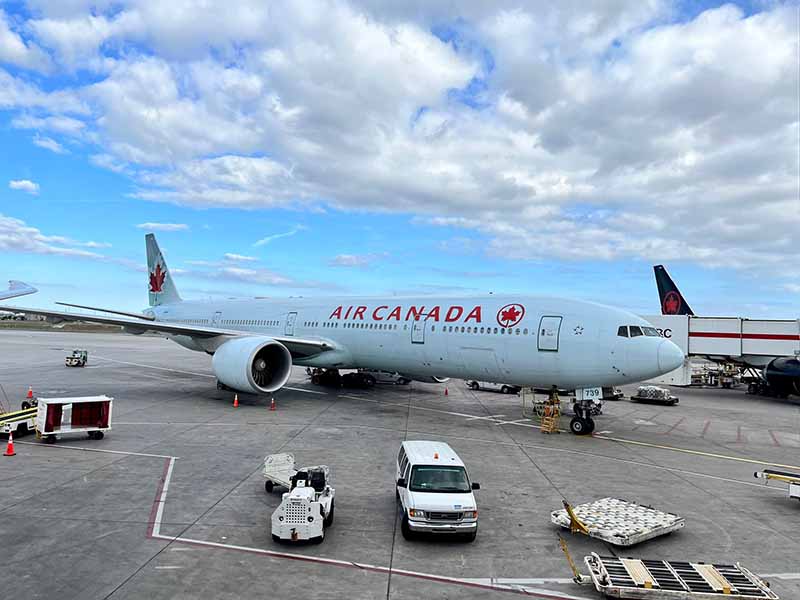 Toronto, Canada. Almost three decades after the start of the North American Free Trade Agreement (NAFTA or NAFTA), signed between Canada, the United States and Mexico, whose continuity today some analysts are beginning to question , given the disdain with which the current government of our country seems to see our two trading partners, perhaps it is appropriate to do a retrospective of how a sector of then academics experienced the process in which the signing eventual said treaty was discussed in the early 1990s. At that time, many of us shared overwhelming optimism (partly because of our age, partly because of the current situation) about what the Mexico’s insertion into the North American region, which was even more exacerbated among those of us who made our first trips abroad, specifically to Canada. Then I share the following column with the readers of this first trip abroad, in the context of the beginning of NAFTA, today T-Mec.

Among the different positive aspects that professional training promotes in people is the expansion of our expectations, because as our knowledge base increases, our ambitions and the objectives we intend to achieve also increase. This is the case of this writer, whose interest in traveling abroad was born during his university studies. In particular, there were two main motivations: on the one hand, the professorships of the professors, many of whom repeatedly alluded to their stay abroad: Paris, London, Washington, etc., and, on the other hand , a taste for cinema, encouraged on the university campus. Every year, the University Cultural Center of UNAM, the institution where I studied, the Cineteca Nacional and other cultural spaces, exhibited the International Film Festival. Feature films from different countries were screened in these halls, both from the so-called first world or developed world, as well as from the then socialist bloc (second world) and third world or developing countries.

Observing, through cinema, ancient constructions of high aesthetic value such as those in Western and Eastern Europe (as the old continent was previously divided), modern buildings such as the Empire State Building in New York , and impressive engineering works like the Golden Gate Bridge in San Francisco or the Olympic Stadium in Montreal, stimulated in those of us who were then young academics, the desire to discover and explore other regions of the world. In the same way, contemplating the means of transport in which people traveled (subways, railways, trams), aroused in us a curiosity that wondered what life would be like in other countries. For this reason and with all this baggage, when I received the invitation to visit Canada from a friend with whom I studied at university, I saw the possibility of carrying out one of my greatest big dreams in life.

It was the year 1991, it was the dawn of November 2. An Air Canada DC-10 from Mexico City with about 250 passengers, including two friends who recently graduated from college, landed at Pearson International Airport in Toronto, Canada. After completing routine immigration procedures, we went overseas; he had already clarified; the morning was abundantly cloudy and freezing, around 5 degrees Celsius, typical of the fall season. There we boarded a bus that was then the main form of transportation into the city, which would take us from the airport in suburban Mississauga to downtown Toronto. I still remember the first song we heard on the bus radio: Nothing Gonna Stop Us Now, by Starship, which none of us could help remembering after that experience.

On the way, about 30 kilometers away, we watched with great interest, “with the desire to know everything”, as a stanza of the famous song says “How much I have gained, how much I have lost”, by Pablo Milanes. The two young people were prey to an emotion difficult to describe, since it was our first trip abroad. Later, we got on the tube, at Islington station on line 2; a convoy with natural aluminum colored, transparent gray wagons, some of which still continue to run on the same line 2. Further on we moved in one of the old gray and red trams, which for many years adorned the image of this City, but which were taken out of circulation from 2020. All this was new and attractive to us, who only knew the means of transport in Mexico City. It was the time when the Internet did not exist, nor mobile devices, and our knowledge and references on Canada were very rare. This is how the two friends began a stay of just over a year in Toronto, which was at the time the third most populous city in Canada, only after Montreal and Calgary, but which has now become he main metropolis of the country, with around 6 million inhabitants, including its metropolitan area.

It was the time when political, academic and intellectual circles in the three countries were discussing the possible signing of NAFTA, which began in 1990. Without having planned it and without fully realizing its real importance, the two friends attended the discussion and concretization, from Canada, of one of the most important agreements for our country and for the North American region, whose validity continues to this day. For Canadians, Mexico aroused expectations and interest, but at that time, it was an extremely unknown country, as much as Canada was for us. On radio and television news, in the print media, in public schools and even in the workplace, the recurring theme was: What would happen with Mexico’s inclusion in the free trade agreement? The above since, it will be remembered, Canada and the United States had already signed a free trade agreement in 1988. On April 7, the Mexican president at the time, Carlos Salinas de Gortari, traveled to Ottawa, the capital. I remember that the next day, the main newspapers of the country, The Globe and Mail and The Toronto Star, announced on the front pages the presence of the Mexican president in Canada.

For us Mexicans, witnessing these events from Toronto, the coverage and relevance that the local media has given to a president of our country has generated great satisfaction and optimism. Mexico was fashionable and made us dream. Many of us were convinced that never before in recent history had the conditions been met for Mexico to take the leap, but towards development, if not towards a level that would bring us closer to it. The above was not a hasty analysis or mere nostalgia for youth, but we believed that our optimism had real foundations of sustenance, as some might think. As an example, it suffices to mention some of the thoughts of the American Paul Krugman, Nobel Prize in Economics 2008. Krugman pointed out that “when NAFTA was negotiated, there was a general belief that (in the case of Mexico) opening up to trade, coupled with basic reforms, would trigger faster growth and it has not happened. What we had -he underlines- was a hope, based on the experience of Asian economies, that the treaty would give more (…) The question is to know why Mexico did not been able to take off economically like a nation? No one knows”.