Sedena truck crashes in Mexico City-Puebla; there are 3 wounded soldiers 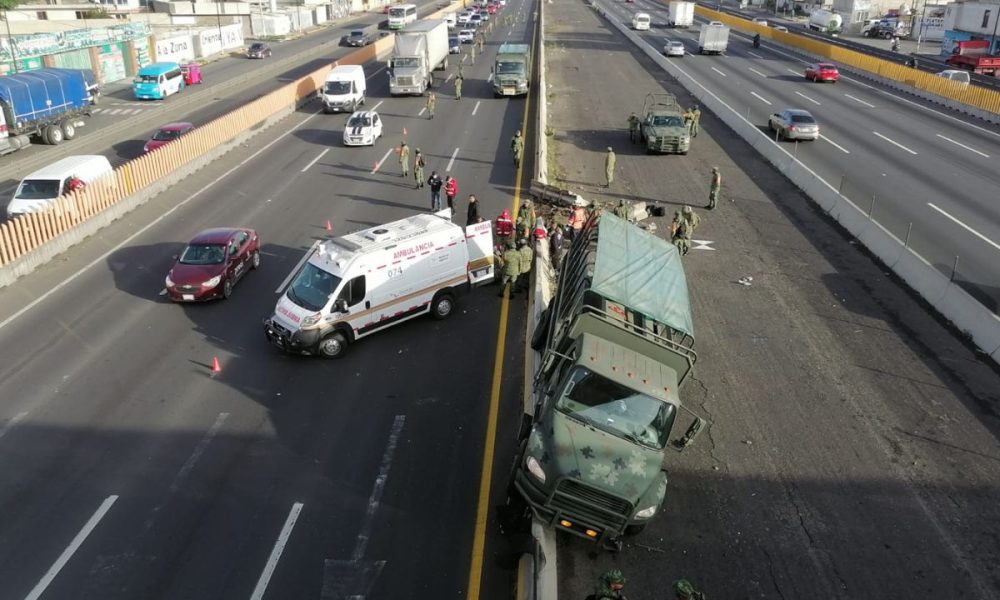 A National Defense Secretariat (Sedena) truck crashed into a retaining wall at kilometer 26 of the Mexico-Puebla highway, leaving at least three wounded soldiers.

The accident occurred this Monday morning, near the municipality of Valle de Chalco, State of Mexico, to the state of Puebla.

The National Defense elements were traveling in a group, when the truck driver allegedly lost control and ended up hitting the Retaining wall central routes.

KEEP READING: They find 10 dead bodies in a clandestine grave in Michoacán

Emergency services came to the aid of Secretariat soldiers, who reported minutes later that at least three of them They were seriously injured and were taken to hospital for recovery.

It should be noted that due to the accident, there is a large vehicle load on the Mexico-Puebla highway, kilometer 26, towards the state of Puebla, so it is recommended take precautions.