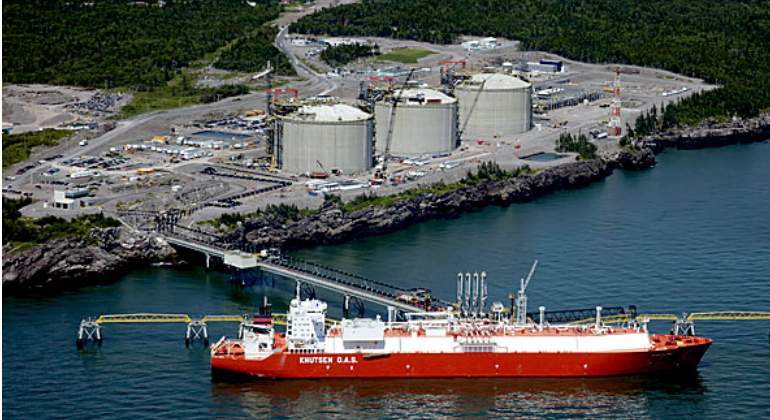 Repsol has taken over the project to convert its Canadian LNG regasification plant in Saint John into a terminal to export gas to Europe. The oil company, which had already studied this possibility in 2015, is in talks with the Canadian government to relaunch this project, which would involve an investment of around 2 billion.

Repsol, which has already obtained a gas export license from Canada for 10 years, could transport nearly 7 bcm per year to Europe, which is equivalent to around 20% of the gas consumed by Spain.

The minister said the government is reviewing Repsol’s planned export facility in New Brunswick and Pieridae’s proposed Goldboro LNG plant in Nova Scotia to determine “if there are things we can do to accelerate one or more of the projects in a more sustainable way”. is consistent with environmental considerations and a long-term transition to a low-carbon future.”

Canada is the world’s sixth largest producer of natural gas, but has no LNG facility on the east coast and only one under construction on its west coast despite some 20 projects on the table.

Repsol is evaluating what it would take to convert its Saint John LNG import terminal – the only operating one in Canada – into an export facility.

According to the oil company’s initial plan, it should find a supplier, probably in Pennsylvania or Alberta, and then expand the existing pipeline network.

However, Repsol already has large deposits in the region which could facilitate access to natural gas, such as the large Duvernay deposit.