Hamilton announces he will race in Canada: ‘I wouldn’t miss it for the world’ 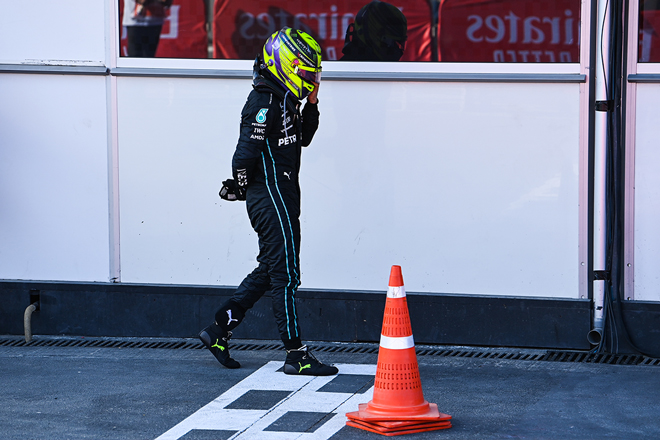 Footage of Lewis Hamilton after getting out of the car yesterday and comments from Toto Wolff have cast doubt on the Briton being able to race in Canada. However, a few hours later, the seven-time champion sent a message confirming that he will be racing the Canadian Grand Prix.

Yesterday, Lewis Hamilton was seen very affected after getting out of the car, with severe back pain. The cause? The porpoising he had to endure in his flesh throughout the weekend, more pronounced here in Baku.

In addition to the porpoising challenge, which is upsetting drivers and teams this year, there is a complicated schedule, with a long trip from Azerbaijan to Canada in the same week.

George Russell recently pointed out that it was only a matter of time before something serious happened regarding this issue and Toto Wolff announced yesterday that they would have a reserve driver ready for Canada in case Hamilton couldn’t drive.

However, that might not be necessary as Hamilton confirmed by standing up today that he will be racing in Canada.

“Hello everyone. Yesterday was difficult and I had trouble sleeping, but I woke up positive today! My back is a little sore and bruised but nothing serious thank goodness“He shared on his Instagram account.

“I had an acupuncture and physiotherapy session with Angela and I’m on my way to meet my team to work with them to improve. We have to keep fighting. There’s no better time than the present to work together and we will. I will be there this weekend. I wouldn’t miss it for anything. I wish everyone an amazing day and week.”

Lewis also wrote before bed yesterday to confirm he was feeling better now and will be working on his recovery so he can race this weekend.

“Fourth today. Congratulations to George on another great run and another positive result for the team. I see online that a lot of people are worried about me because of the seriousness of the situation. It means a lot that so many of you send me love which Lewis shared on Instagram.

The Briton feels better now and is motivated to keep pushing despite the future pain he may face.

“I’ll be honest, it looks horrible and it’s 100 times worse. I definitely have to get back on my feet and work hard with the team before Montreal to overcome this obstacle. I already feel better, however, and motivated to keep pushing.. to this week“, added the British driver to conclude.