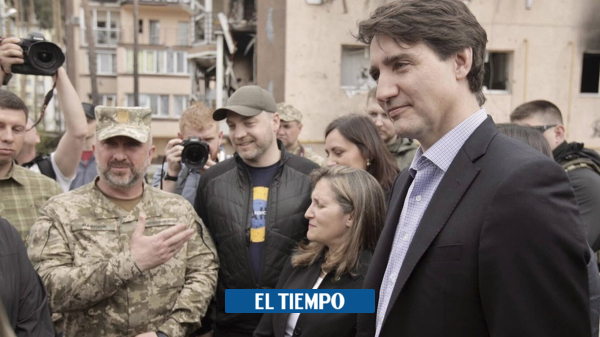 Canadian Prime Minister Justin Trudeau visited the battle-torn town of Irpin, near Kyiv, which was occupied by the Russians in March on Sunday, the town’s mayor announced.

“He came to Irpin to see with his own eyes all the horrors the Russian occupiers have done to our city,” Oleksander Markushin wrote on Telegram, accompanying his message with photos of Trudeau in the destroyed city.

Trudeau’s visit to Ukraine had not been announced.

“The Prime Minister is in Ukraine to meet with President Zelensky and reaffirm our unwavering support for the Ukrainian people,” his office said.

“We believe in the continuity of cooperation between our countries in the reconstruction of Ukrainian cities after our victory,” he said.

Irpin, on the northwestern outskirts of Kyiv, was the scene of heavy fighting between Russians and Ukrainians in the early days of the Russian invasion in late February.

The Russian army quickly takes control of the city, which had 60,000 inhabitants before the war, and occupies it throughout the month of March.

Since then, Kyiv has accused Russian forces of committing massacres there – as in the neighboring town of Bucha – after dozens of bodies in civilian clothes were found in these towns, occupied and then abandoned by the Russian army.