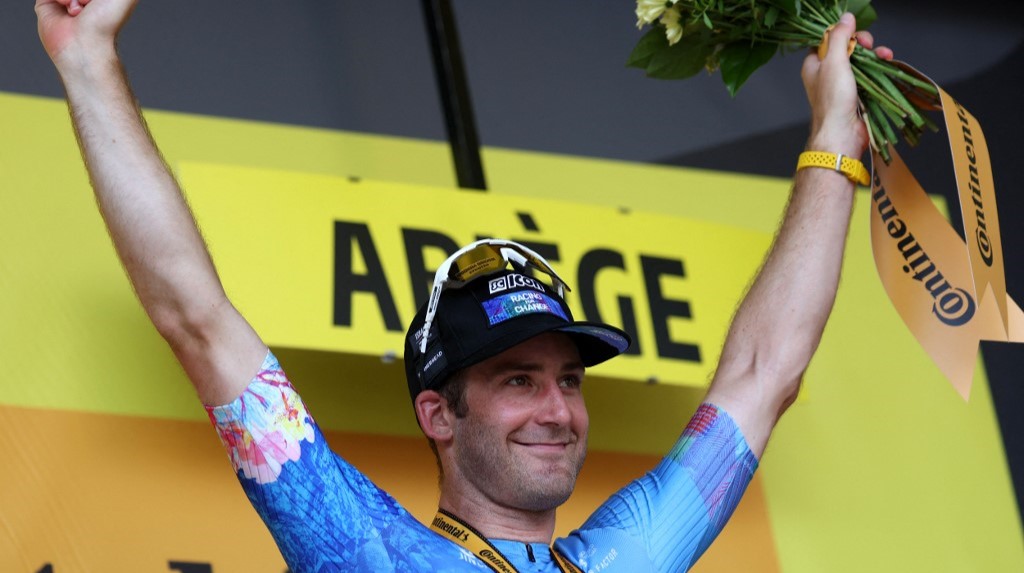 Canadian Hugo Houle (Israel-Premier Tech) won the 16th stage of the Tour de France on Tuesday arriving in Foix (south), arriving alone after being involved in the breakaway of the day.

A winner filled with emotions for 🇨🇦 @HugoHoule today…

Houle’s was the second Canadian victory in the history of the “Grande Boucle”.

The Dane Jonas Vingaard (Jumbo) kept the yellow jersey after this first Pyrenean stage where he crossed the finish line at the same time as his rival Tadej Pogacar, who came to attack the leader up to three times, all in vain.

The main victim of the day is Frenchman Romain Bardet, who stayed in the port of Lers, the first of two first category climbs on the day’s menu.

On the Péguère wall, the little French climber was definitely off the hook, which allowed the Colombian Nairo Quintana to climb to fourth place in the general classification.

In the fight for the stage victory, Houle was more than a minute ahead of Frenchman Valentin Madouas, Canadian Michael Woods and American Matteo Jorgenson.

Houle, 31, signed the first international victory of his professional career, which began in 2013.

The only previous Canadian win was in 1988, when Steve Bauer, now one of Houle’s sporting directors, won at Machecoul.

This victory is for my brother,” Houle said, pointing to the cross that hangs around his neck in memory of his brother, who died accidentally.

Pogacar attacked Vingegaard at the Col de Lers half a hundred kilometers from Foix, twice uphill and once downhill. Without managing to make the yellow jersey eat time, which retains its advantage of 2 minutes 22 seconds overall.