Canada unveils the extent of its policy of indigenous “cultural genocide” 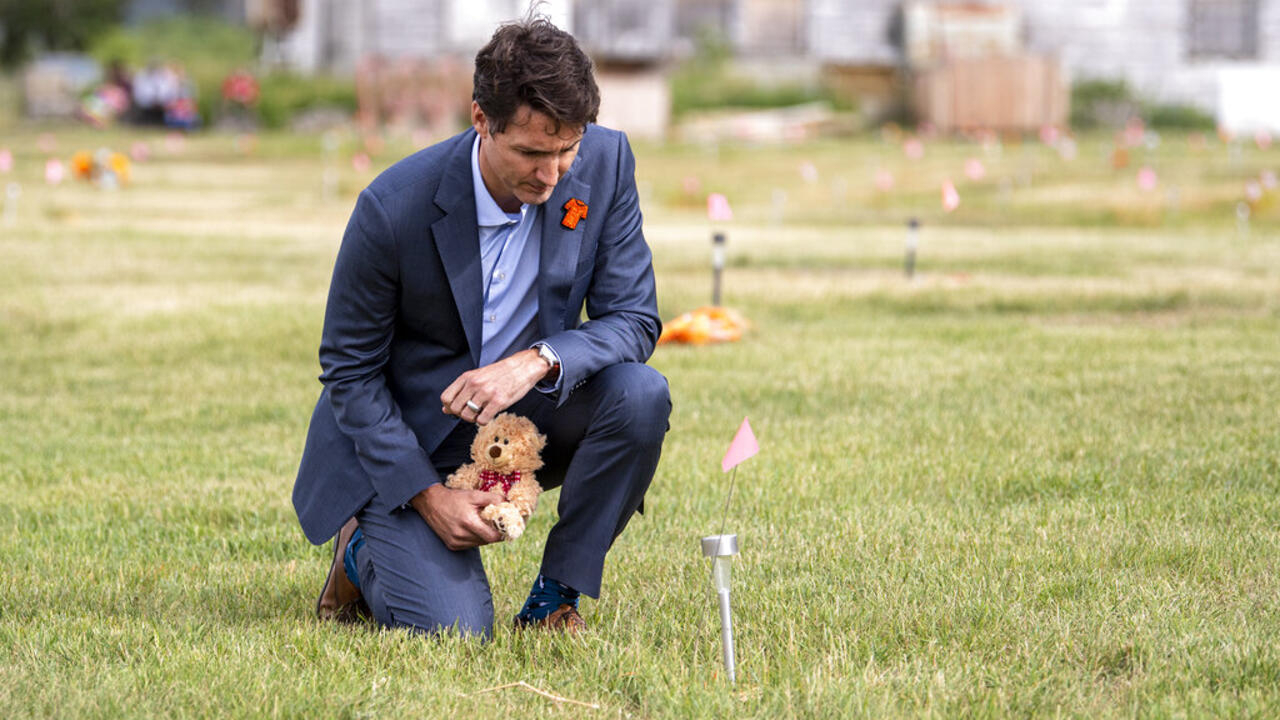 In Canada, the discovery of unmarked remains and graves of Aboriginal children on the grounds of former residential schools caused a stir. Currently, these have been found in the provinces of British Columbia and Saskatchewan, but these types of boarding schools existed in other parts of the country, suggesting that there may be other painful discoveries.

With our correspondent in Montreal, Diane González, and AFP.

“I was here 10 years. We [sacaron de nuestras familias] At the age of 7 or 8, Evelyn tells RFI that she was forcibly separated from her family and taken to boarding school in Kamloops in British Columbia, in the west of the country. The remains of 215 indigenous children were found near this former school in late May.

“This discovery sheds some kind of light on how we were treated, [pero] that’s just part of it,” says Evelyn.

Evelyn adds that this is only part of it. The Truth and Reconciliation Commission estimates that at least 6,000 children died in the boarding school system, some from malnutrition, others from disease.

The intent of these schools was to commit “cultural genocide,” according to the Commission.

The Roman Catholic Church operated more than half of these boarding schools.

In June of this year, 751 unmarked graves were discovered in Saskatchewan and another 182 in British Columbia. These discoveries caused a stir in the country and opened wounds that many people who attended these ancient schools have not yet been able to heal.

The Canadian government recognizes that the consequences of the residential school system were profoundly negative and had a lasting and detrimental impact on the Indigenous community. He also apologized to the survivors and their families for what happened at these boarding schools.

In December, Indigenous leaders from Canada will have an audience with Pope Francis. You will be asked to issue a formal apology for the role played by the Roman Catholic Church in running the Canadian residential schools that Indigenous children were forced to attend and where many never returned.

The Canadian government on Tuesday appointed native Mary Simon as its first female Governor General, the official representative of Queen Elizabeth II in the Commonwealth country, as the nation grapples with a reckoning with its dark colonial history.

“Today, after 154 years, our country reaches a historic milestone,” Prime Minister Justin Trudeau said at a press conference. “I can’t think of a better person to face the moment,” he said.

A former journalist and advocate for Inuit Indigenous rights, Simon previously served as president of the Inuit organization Tapiriit Kanatami.

She also chaired the Inuit Circumpolar Conference, which represents Inuit from all Arctic countries, as well as being Canada’s first Inuit ambassador to Denmark.

His appointment as Vice-Regal, responsible for giving Royal Assent or carrying out acts approved by Parliament and as head of the Canadian Armed Forces, comes at a difficult time in the country’s relations with the so-called Indigenous First Nations.

Born in 1947 in Kuujjuaq, a small village on the shores of Ungava Bay, Simon attended a day school similar to the controversial residential schools.

“Need [hacer una pausa]recognise, commemorate and fully embrace the atrocities of our collective past, from which we learn more every day,” Simon told reporters.

One of his first official duties could be to dissolve parliament and call a snap election in September, as Trudeau’s minority Liberal government increasingly clashes with opposition parties.

Payette’s sudden departure has reignited the debate over the role of the monarchy in Canada. The latest polls show that just over half of those questioned are in favor of abolishing the post of governor general.

Simon, who is fluent in English and Inuktitut (the main Inuit language in Canada), said he hopes to unite all Canadians “in understanding our unique histories, our unique culture and our way of life. “.

“At this time, I hope all Canadians will feel part of it because my appointment reflects our collective progress towards building a more inclusive, just and equitable society,” he said.